WHO IS JONATHAN KAY?

Jonathan Kay is recognised as a leading performer in the ‘Theatre of Immediacy’ of Fooling, and is a highly respected practitioner and teacher of Fooling workshops. He is the founder of the largest street theatre festival in the UK, The Hat Fair, and is an Honorary Fellow of The University of Winchester. He primarily works as a performer and teacher, touring and teaching throughout the world as a Fool for the last 50 years.

He is part of the family at Glastonbury Festival, with over 25 successive years in the main Theatre tent, and has performed at countless festivals across Europe including Rudolstadt, Sweden’s infamous ‘No Mind’ festival and the Sunday Papers Live in London. He has performed and taught in Canada, the USA, Australia, South Korea and Jordan and extensively throughout Europe and the UK, including time at the prestigious Drama Centre and The Guildhall School of Music and Drama in London. In 2019 he was invited to give a sold out talk at TedX Manchester where he turned the event completely on it’s head to a rapturous audience, and in the same year had a lengthy feature and interview on BBC World News to an audience of millions.

Kay has also worked as a theatre director, for two theatre companies; ‘Theatre of Now’ and ‘A Company of Fools’.  In October 2018 he launched his new anarchic and highly unusual theatre company ‘The Nomadic Academy Of Fools’ (NOA). Auditions were held in Berlin and London, and the ten sought after places were quickly filled. Training takes place over a 12 month period. Prior to COVID, the students meeting for an intensive two week period every six weeks, in different cities throughout Europe. Currently the annual content is delivered online. We currently have students training in the first, second and third year of the NOA. Kay has directed four Shakespeare plays to date using this Fooling Technique; Dolly Award Winning, ‘A Midsummer Night’s Dream’ 1999/01, ‘The Tempest ‘ 2002, ‘Romeo & Juliet ‘ 2003/4 and ‘Richard II‘ 2008/11.

Fooling is a unique technique of improvised theatre that introduces you to the architecture of your own personal inner stage, upon which you are able to perform on in any space and at any time, using just improvisation and your own imagination. This work stretches past ego, allowing you to feel at ease in any situation and comfortable talking intimately with anyone in the audience, be them a beggar or a king.

The dramatic journey is as unpredictable and unknowable for the performer as it is for the audience. Foolish theatre is explicitly non-traditional and without rational considerations, because it is driven by feelings held in the Now. The act of “Thinking” is improvisational theatre’s most immediate and persistent assassin. Go with Feeling, not with Thinking. Kay sees Fooling as inclusive, a way of including both the ‘real’ world of the audience and the ‘imaginary’ world of theatre.

It is an art form which he sees as a way of including both the ‘real’ world of the audience and the ‘imaginary’ world of theatre. He takes his audience on a journey into the human experience using paradox, taking licence with the dark and light aspects of life. By nature a Fool is indefinable  living outside the realm of the known. The Fool is a mirror, a flip side, an alternative way of looking at things.

The work is open to people from all walks of life. Workshop participants learn to play within this architecture, picking up on the different atmospheres each area the architecture possesses, allowing these to affect what they are doing, so that whatever kind of ‘stage’ they are actually performing on, be it the street, in a church, or in a living-room, the performer is carrying the architecture around them of their own ‘inner stage’. 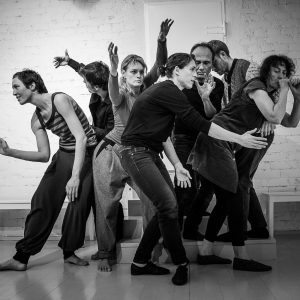 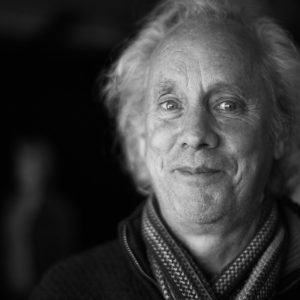 ONE ON ONE WORKSHOPS

“The sleepless weekend I spent in East London with Jonathan Kay has haunted me for years. He expanded my understanding of what it is to be on and off stage….at all times!
Toby Jones
BAFTA, London Film Critic and Olivier Award winning actor
“Jonathan worked with my students at the Drama Centre London Foundation Course. The students not only loved the workshops, but they carried what they had experienced into their other work. Jonathan is a special and rare artist, he is able to inspire and entertain, teach and enthuse, while communicating his love and enjoyment of performing. The students described his work as 'joyous and exhilarating’.”
Richard Williams
Director - Foundation in Performance, Drama Centre London
"Always provocative, opening and liberating. Jonathan’s loving support and his infinite perspective helped me to change the pattern of my life. He’s an inspirational teacher who has supported me in my foolish adventures. I would not be doing what I do today or performing as I am able to if I had never met Jonathan."
Kath Burlinson
Co-Founder of Weird Sisters Theatre Company
“Jonathan Kay is indelible as an artist, thinker, teacher and fool. Any time spent with him will stay with you for the better- and for ever. He opens the shutters on another world that sits just inside this one. It’s hard to express the profound influence he’s had on my work, but it’s there, playful and endlessly provocative.”
Tim Crouch
Playwright, Theatre Director, Actor
“Over the last 14 years I have taken 4 courses with Jonathan Kay and dipped into ten festival sessions when I found him randomly in fields. It is rare honour to find a teacher/ facilitator/ human as present as Jonathan. His course work and process entered every cell in my body. Look, see, be, fly is in my daily vernacular.”
Agamemnon Otero MBE
Co-founder director & CEO - Repowering. Director - Hydra / Energy Garden / Brixton Energy Solar
“Jonathan has created so may truly memorable moments for people at the Secret Garden Party over the years. An utterly original and inspiring performer - something I don’t say lightly.”
Freddie Fellowes
Founder and Director - Secret Garden Party